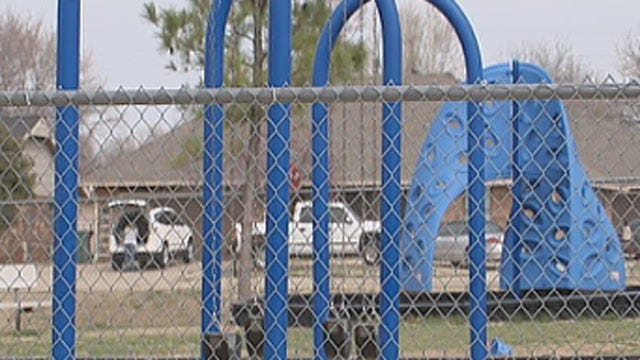 A 3-year-old boy who suffered a broken leg at daycare reportedly told police his caretaker kicked him. Court papers show Toni Murphy,25, admitted to police that the child was injured while in her care.

The boy was attending daycare at Edmond's First Church of the Nazarene. According to a report, the boy told police Murphy "kicked him while in her room."

Court papers show the boy "suffered a broken femur" while at daycare and that Murphy "was the only adult in the room" at the time of the injury.

The detective also reported that Murphy "agreed that the injury occurred while the victim was in her care."

When asked her if the injury could have happened "while she was holding him down and possibly applying too much pressure," Murphy stated, "That's the only thing I can think of so I'm guessing yeah."

Murphy also told the detective the boy was struggling with her.

News 9 reached out to the First Nazarene Church today for a comment on their daycare operation. The refused to answer any questions other than with a simple"no comment."

Edmond Police say Murphy is expected to turn herself in.