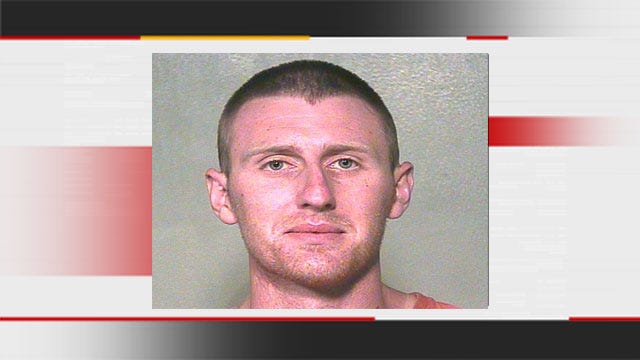 News 9 has discovered documents showing a man accused of killing his mother and wounding his father during a shooting at a Luther home, was no stranger to the law.

The Oklahoma County Sheriff's Office say Matthew Strickland, 24, dressed himself in full tactical gear Thursday and opened fire on his family, killing his mother, Jill Sides, and wounding his stepfather, Ottie Sides. Deputies took him into custody at gunpoint.

Strickland was arrested in March 2010 on two counts of assault and battery on a police officer. In November of that year, he pleaded guilty to those charges. Judge Tammy Bass-Lesure placed Strickland on what's called a "delayed sentencing program for young adults," which deferred sentencing for those charges until May 2014.

Strickland's stepsister says the shootings likely started with an argument that began when the family found out he had been booted out of the military.