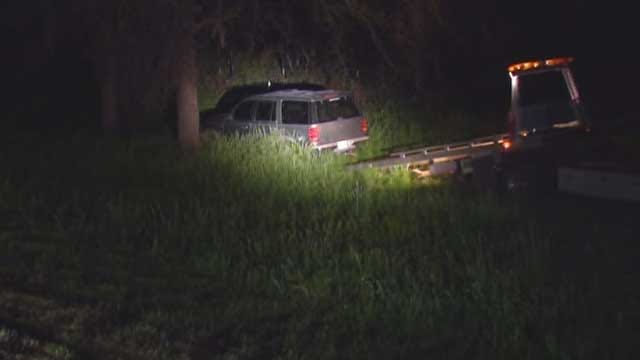 Luther Police are looking for three burglary suspects who crashed an SUV on the Turner Turnpike.

It happened around midnight near Luther road. Apparently the driver borrowed the SUV then picked up another man and woman.

One of the homeowners confronted the suspects who then took off eventually crashing on the turnpike.

If you have any information, contact the Lincoln County Sheriff's Office.