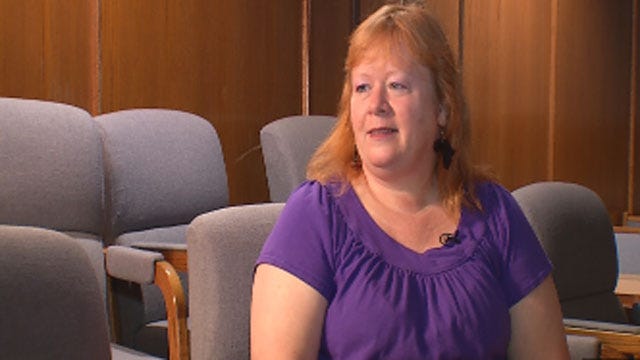 We hear the intimate details behind a murder conviction for the first time since a jury found Becky Bryan guilty of her husband's murder.

We're learning about the evidence that ultimately led to the verdict.

During the two and half week trial, the jury heard from everyone involved in this case except the defendant herself. In an exclusive interview, the jury foreman told News 9 even though Becky Bryan didn't testify in person, a recording of her voice was a key factor in their verdict.

Jury Foreman Lorilie Sawtelle says delivering the verdict proved to be more difficult than reaching one.

During five hours of deliberation, the jury discussed what they called 'shocking testimony' from nearly three dozen witnesses.

The eight women and four men also reviewed the physical evidence against Becky Bryan, the wife accused of her husband late Nichols Hills fire chief Keith Bryan at their Mustang home in September, 2011

Sawtelle says one piece of evidence kept pointing to betrayal. She says the defense made some strong arguments, specifically, pointing out holes in the state's investigation.

Sawtelle says those questions were not enough, and feels confident about the guilty verdict.

The jury recommended Becky Bryan receive a life sentence without the possibility of parole. She is scheduled to be formally sentenced on July 9.