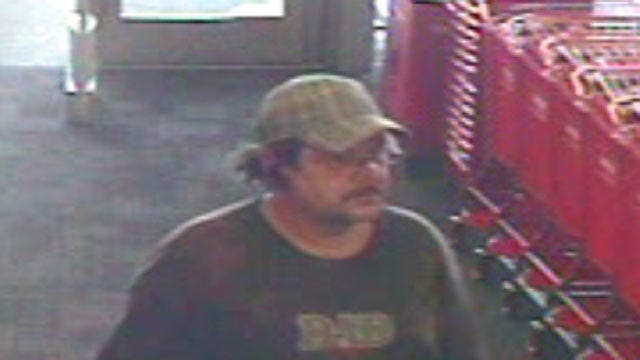 A security guard who stopped a shoplifting suspect at an Oklahoma City Target store was shocked by a Taser from the suspect's friend, according to police.

Oklahoma City police just released the report of the incident Wednesday. On March 16, security guards at the Target on May near Northwest Expressway saw a man stealing Xbox games. The shoplifting suspect was accompanied by another man.

A security guard told the suspect's friend to leave because he was not going to be arrested. The guard says when he turned his back, the second man stunned him with a Taser.

The guard released the shoplifting suspect. Both men then ran to a pickup truck and drove away.

Police have released a picture of the suspect who used a Taser on the security guard. Anyone who recognizes the man should call Crime Stoppers at (405) 235-7300. Callers can remain anonymous, and may be eligible for a cash reward.