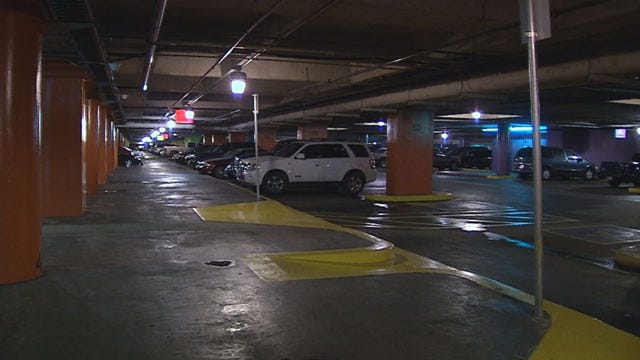 The "Healing in the Heartland" concert is sold out. But concert goers are not just thinking about the tornadoes that already ripped apart parts of Oklahoma, but ones that could form Wednesday night.

"They were in there talking about the tornado plan and how they don't have one," Jade Sanders says about employees at Chesapeake Arena while she was checking on her tickets.

News 9 spoke with organizers, who say the Arena will be safe.

"If need be we can evacuate, we've got safe areas and we got the stairwells and down below," says Chesapeake Energy Arena Director of Sales and Marketing, Tim Linville.

The event level of the arena is 23 feet below grade. Across from the Arena, the Cox Convention Center is host a Barons hockey game Wednesday night. If a tornado threatens, fans can go down to the underground parking garage.

"All the walls are 18 inches of cement, so this is a very strong structure," says Concert promoter, Steven White.

The Red Hawks are also hosting a game at the Chickasaw Bricktown Ballpark. The ballpark does have a basement where the team and fans can go in the event of a tornado.

Last year, fans did just that where tornado sirens went off during a game.