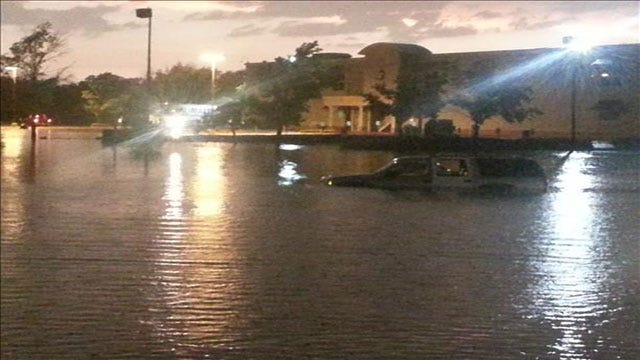 As severe thunderstorms moved across central Oklahoma they dumped massive amounts of rain.

Several areas around the metro began to flood, causing roadways to become impassable and building to fill with water.

News 9 crews were on the scene and even talked to some of the drivers that dared to cross the high waters.

The Oklahoma Emergency Management released a list of roads that are closed and areas to avoid.

Oklahoma Highway Patrol reports I-44 at 119th St is closed due to power lines down. I-40 in metro is open. I-40 in El Reno area is restricted to one lane each direction. I-235 & 50th is still closed by Oklahoma City Police Department.

The Oklahoma Department of Transportation is reporting the following highways closed due to high water:

Oklahoma City metro area - I-35 has reopened. Oklahoma Department of Transportation crews are working closely with the Oklahoma Highway Patrol to close interstates and highways metro-wide as necessary. All travel is strongly discouraged as emergency crews continue to respond to tornado damage and flooding.

Drivers are cautioned to heed warning signs and not to drive around barricades.