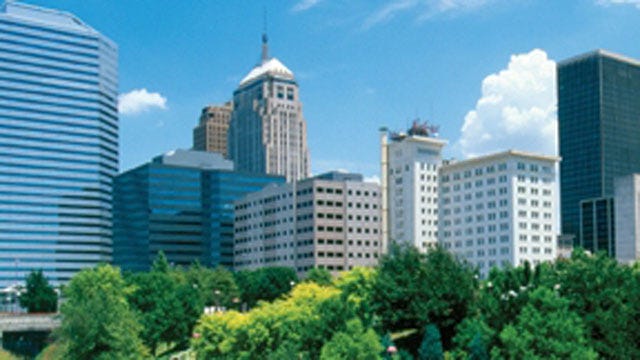 The General Fund budget that pays for most of the people, materials and supplies needed to keep the City running is $400.8 million of that total.

The budget includes the addition of 40 new police officer positions, bringing the total number of uniform police positions to 1,116. Eleven more positions were added in other City departments. Total City positions will increase 1.1 percent to 4,580.

The budget also includes an additional $1 million for METRO Transit bus service enhancements. The City hired a public transit consultant to examine the system, identify ways to improve the route network and increase ridership and productivity.

Projections for land acquisition, design and construction on the MAPS 3 projects increased the fund's budget to $167.9 million, the largest increase of any City fund in FY 2013-2014. This is a 56 percent increase over the previous year's budget.

Public safety makes up 64.3 percent of the general fund, followed by public services at 17.4 percent, culture and recreation at 9.4 percent and general government at 8.9 percent.

Sales tax is the largest single source of revenue for the City, making up 49.7 percent of operating revenue.