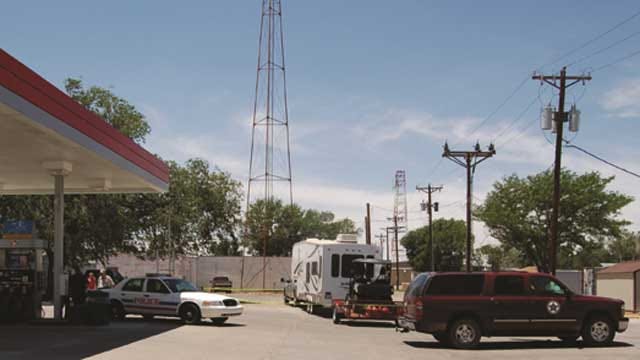 The Oklahoma State Bureau of Investigation is asking the public to help identify a suspect who shot and killed an Alva man at a Boise City convenience store.

Charles Nieman, 77, was shot and killed Wednesday, June 12 when he and his wife stopped at Loaf N' Jug to get gas. Police say a man walked up to Nieman and demanded his wallet. When Nieman refused to hand it over, the suspect shot him.

Police describe the suspect as a Hispanic male in his late 20s or early 30s; 5 feet 6 inches to 5 feet 8 inches tall. He was wearing khaki shorts and a dark-colored T-shirt at the time of the shooting.

The suspect ran away from the scene, but before the shooting he was seen getting out of a late 1990s to early 2000s GM extended-cab pickup truck. The truck was occupied by two other Hispanic males.

Within 90 minutes of the shooting, both the truck and the suspects were seen at convenience stores in Campo and Springfield, Colorado, north of Boise City. Witnesses told investigators the truck had Louisiana license plates and the suspects said they were traveling to Denver.

The OSBI is offering a reward up to $5,000 for information leading to the arrest and conviction of the person or people responsible for the murder. If you have any information about the case, call the OSBI hotline at 1-800-522-8017.