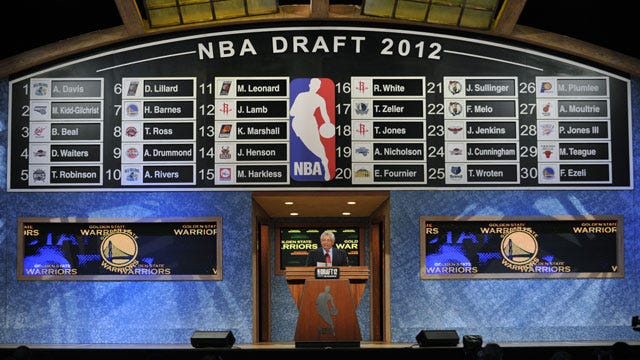 With just 10 days remaining until the NBA Draft, the Thunder is in its final preparations to decide what to do with its picks.

Oklahoma City holds the No. 12 and No. 29 picks in the first round along with the No. 2 pick in round two.

A few things to note:

1. The Thunder doesn't have to keep these picks. In fact, with OKC's strict financial limitations,  drafting and keeping three players on the roster is virtually impossible.

2. With that said, there's a strong chance OKC will package a couple of these picks and attempt to move into the top 10. The thought here would be to trade the rights to a couple of decent picks for the right to draft a player that could make an immediate impact on a team that's built to win now, not later.

3. If the Thunder does keep its current collection of picks, expect at least one of them to play overseas next season. In addition to the aforementioned financial constraints, there's just no room on the roster to add many guys.

As the Oklahoma City brass debates which guy to draft or what to do with its solid package of picks, let's do the same. Every day until the draft, we'll take a look at a new pair of prospects the Thunder will have an eye on early in the first round.

Unfortunately for OKC, this is the year of the point guard – the one position at which the Thunder doesn't need depth. Michigan's Trey Burke, Syracuse's Michael Carter-Williams, Lehigh's C.J. McCollum and Miami's Shane Larkin all project to be solid NBA players, but Reggie Jackson's emergence last season means the Thunder's point position is pretty much taken care of.

Oklahoma City could always draft one of these guards as a high-value pick, but because the odds are so low, they weren't included in the profiles.

Instead, the Thunder will be in search of someone who can fill an area of need. Those needs are: a low-post scorer, an elite perimeter defender, a low-post rebounder and an offensive spark plug to come off the bench.

The countdown to the 2013 NBA Draft begins Wednesday, so log on each day for new set of players.