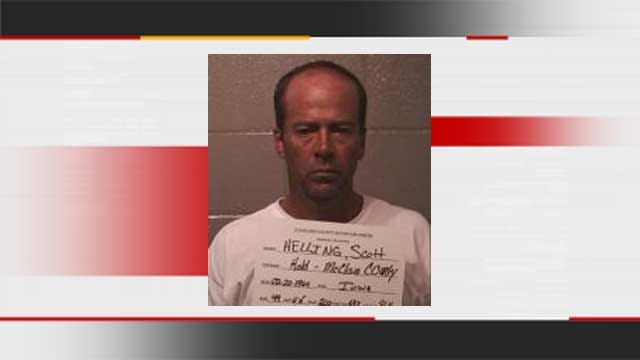 A man is in jail, accused of threatening to kill the McClain County Sheriff, a detective and one of Governor Mary Fallin's children.

According to court documents, Scott Helling sent an email from a library in Norman claiming authorities were responsible for his son's death and theft of his personal property.

Helling is facing one charge of threatening to perform an act of violence and one count of unlawfully using a computer.