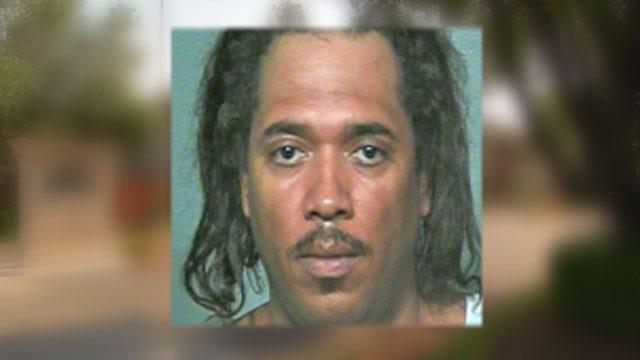 A nationwide prostitution sting has zeroed in on a lucrative human trafficking operation in Oklahoma City. Police have arrested the accused ringleader, but neighbors and even investigators claim that has not slowed the suspect down.

According to court records in Oklahoma County, Ronald Everette Spivey Jr. has been in and out of jail for more than a decade. Neighbors say he still hangs out at his apartment near N.W. 122nd and Pennsylvania Ave. in Oklahoma City.

Spivey is a convicted felon and is currently waiting as the state works on human trafficking charges against him. Police have accused Spivey of using threats, intimidation tactics and rape to trap juveniles and young women into a life of sexual slavery.

"You never know what's going to happen in [the Highlands Apartments]," one resident said.

Undercover officers arrested Spivey and one of his alleged prostitutes during an undercover sting at the Skirven Hotel. A search warrant issued for Spivey's apartment shows evidence that his apartment is where his prostitution deals were planned. People living close by say they do their best to keep their distance.

"It does scare me that [the Highlands Apartments] didn't do that check on him when they rented it out to him," neighbor Eric Toldt said. "I think they dropped the ball on this one."

In September of 2012, Spivey was convicted of transporting for purpose of prostitution. Investigators say many of his victims are too scared to press charges.

The investigation into the larger picture of human trafficking against Spivey has been going on for nearly a year. According to police, Spivey has still been pushing prostitutes into hotel rooms as recent as April, 2013.

Investigators say the services were advertised on a popular Website called backpage.com.