Oklahoma Sports Museum May Close Due To Costs 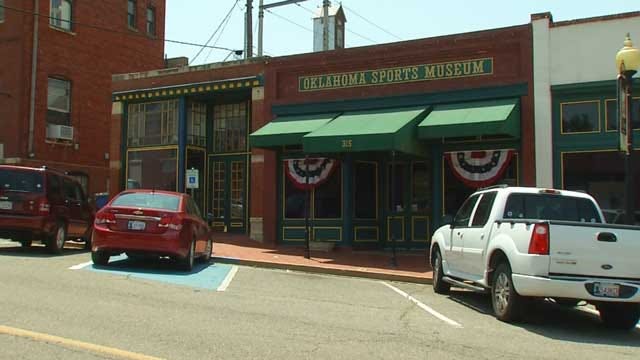 The museum was under threat of being shut down due to costs back in 2013, but a museum spokesperson tells News 9 they museum is open, five days a week from 10 a.m. to 4 p.m., but has remained open ever since.

The museum wanted to clear up any confusion about their demise, following the News 9 report nearly two years ago.

Efforts are underway to save the Oklahoma Sports Museum in downtown Guthrie as its future looms in the hands of the board members for the Jim Thorpe Association. According to the museum's director, after a five year partnership, the board may close the museum because of costs.

If it were to close, it would be the latest in a string of tourist attractions in Guthrie to shut down over the last few years. The Chamber of Commerce said losing another attraction, like the sports museum, would impact local businesses.

"After being a part of the Jim Thorpe Association for the past five years, they felt possibly that it was not financially feasible to keep this open any longer and so they were talking about closing it," explained Richard Hendricks, who serves as the museum's director.

Operating costs for the museum run anywhere from $40,000 to $50,000 dollars every year. Much of the work inside is done by Hendricks and volunteers. The have organized thousands of pieces from Olympians to football stars to women in baseball and everything in between. Hendricks said this is all an important part of Oklahoma's history, which he uses to teach kids valuable life lessons.

"We can take and be successful with it if we keep our body clean from drugs and alcohol and things that will damage the body. If we work hard and focus on the area of our own ability. So I try to help them to see that each one is unique and has their own ability and they can be successful with that ability."

Hendricks hopes once the Jim Thorpe Association board members see the museum Wednesday morning, they will change their minds and keep it open. An event has been scheduled for 10 a.m. on Wednesday, June 26 for anyone who wants to come out and show their support for keeping the local museum open.