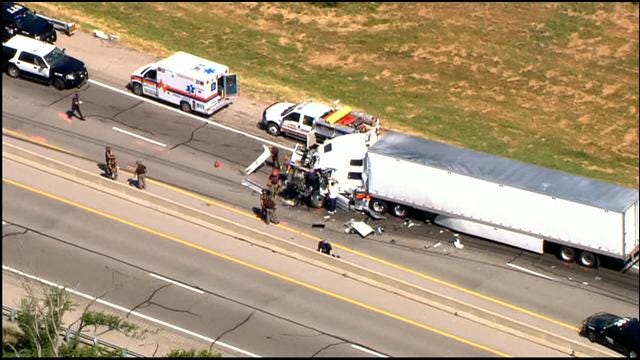 Both lanes reopened just after 12:30 p.m. Just before 10 a.m. Thursday, both lanes were closed near mile marker 167, which is just east of Chandler, after a tractor trailer slammed into another truck.

Authorities confirm one person has died in the accident and another was flown by helicopter to a nearby hospital.

Traffic was diverted at Stroud while crews cleared the accident. Authorities have not released any information about the victim.

The accident is under investigation.