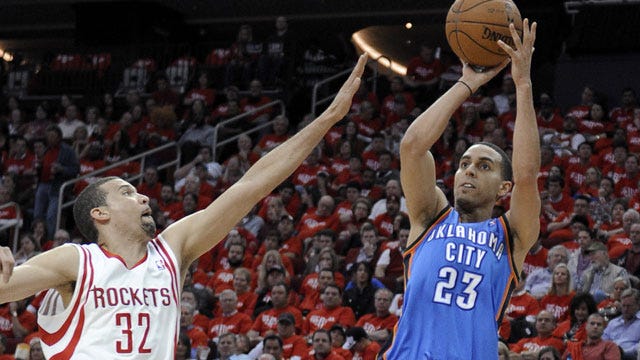 Those hopes officially went out the window Tuesday when Martin signed a four-year, $28 million deal with the Minnesota Timberwolves.

Martin averaged 14 points per game last season for Oklahoma City while shooting a career-high 43 percent from downtown.  He was acquired by the Thunder in the infamous James Harden trade just prior to the beginning of last season.

The nine-year veteran will reportedly move back into a starting role with the Wolves after spending last season as OKC's sixth man.

The Thunder will now turn to cheaper options in free agency in an attempt to fill the void left by Martin.