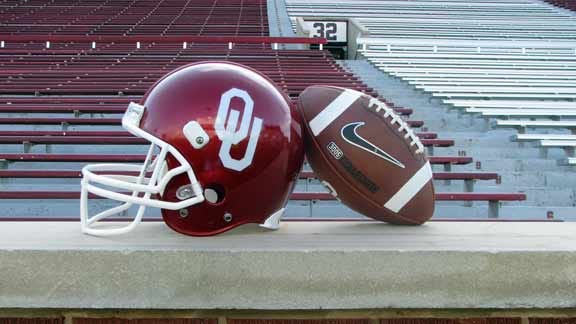 One of the most popular traditions surrounding the OU football program, Meet the Sooners Day, will be held on Saturday, Aug. 3, at Gaylord Family – Oklahoma Memorial Stadium. This annual, free event kicks off preseason practice and gives University of Oklahoma fans a unique opportunity to interact with their favorite players and coaches.

This year's event falls on a Saturday for a third consecutive year, a decision that was influenced by summer school dates. While OU appreciates the tremendous support offered by Sooners fans of all ages, in order to accommodate as many young fans as possible, Meet the Sooners Day will again be offered to children ages 14 and younger. Each child may be accompanied by a maximum of one adult, but adults will not be permitted to submit items for autographs.

Each child may bring ONE item to be signed – no exceptions.

A line for the general public will form at Gate 5 beginning at 7 a.m. The line will flow under the Asp Avenue Parking Facility on the west side of the stadium.

Public restrooms will be available for fans in attendance, but please note that concessions stands will NOT be open. Patrons will be allowed to bring their own bottled water to the event, but no other outside food or beverage items will be permitted. Bottled water also will be on sale inside and outside the stadium during the event.

The OU Bookstore and the OU Athletics Ticket Office will both open at 8 a.m. on the day of the event. In addition to OU players and coaches signing autographs, the Sooner Schooner will be on hand for photographs, along with Boomer and Sooner.

Free parking will be available in campus lots and the Asp Avenue facility. Any additional details will be made available on SoonerSports.com once they are finalized.

To register for the Sooner Jr. Kids Club please contact Kayla Nowak at sjkc@ou.edu or by calling 405-325-6353. Registrations can also be submitted by faxing 405-325-4151 or by mailing an application to the address below. Sooner Jr. Kids Club memberships are $30 per child. Families registering multiple children will pay $30 for the first child and $25 for each additional individual.