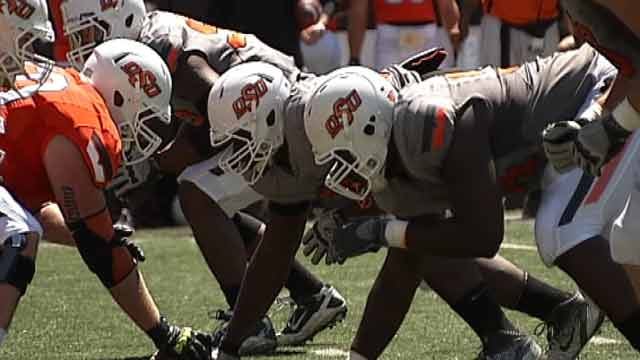 Naim Mustafaa, a four-star freshman defensive end, has left the team and is no longer enrolled at Oklahoma State. The Tulsa World first reported the departure on Monday.

The top defensive recruit in Gundy's 2013 class left the team over the summer. Gundy did not cite a reason for the parting. Mustafaa had originally committed to Georgia before changing his commitment and joining the Cowboys in January.

OSU loses both starters at defensive end from last year's squad and outside of senior Tyler Johnson, there is a logjam of young players fighting for playing time at the position. Mustafaa was listed as a possible third-stringer with redshirt freshman Victor Irokansi on the post-spring depth chart.