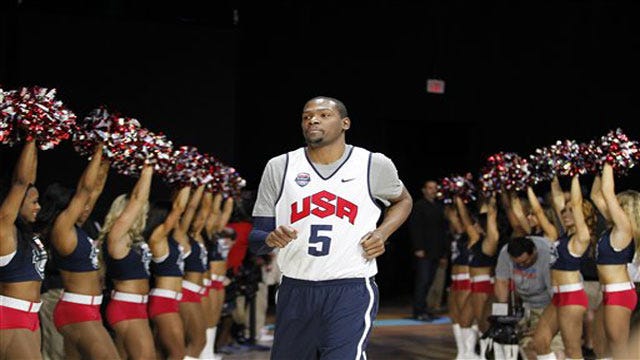 Multiple sources are reporting Thunder star Kevin Durant has committed to playing for Team USA in the 2014 FIBA World Cup.

Previously known as the FIBA World Championship, the 2014 Cup will take place in Madrid, Spain in late August and early September.

Durant was the MVP of the 2010 World Championship, averaging 22.8 points per game while leading the Americans to the Gold Medal.

The three-time NBA scoring champion also averaged 19.5 points per game to lead Team USA to Gold at the 2012 Summer Olympics in London.