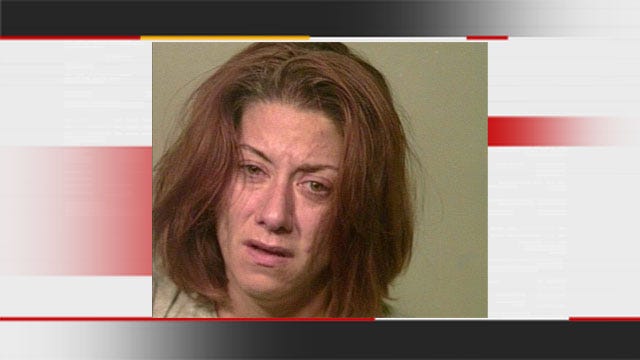 An Oklahoma City woman was arrested late Thursday night after police say she was driving under the influence of alcohol while her 3-year-old daughter was in her car.

Vickie Denise Rudkin, 38, was arrested on several charges, including DUI and child endangerment by DUI.

According to police, at about 11 p.m. Thursday, officers responded to the report of a possible intoxicated driver in the area of Drexel and S.W. 128th Street. Rudkin's ex-husband told police he had been following Rudkin through the neighborhood but lost track of her.

Officers were able to stop Rudkin's vehicle in the 3100 block of S.W. 126th Street. They say they could smell an odor of alcoholic beverage coming from Rudkin's breath and person, and her speech was slurred and her eyes were bloodshot and watery.

Officers say they saw a child in the back seat of the car.

Rudkin admitted to police that she had been drinking since 9 p.m.

Police say Rudkin agreed to take field sobriety tests. However, the officer said he observed lack of smooth pursuit in both of her eyes. At one point, Rudkin began crying and became irritated, saying "if you're going to take me to jail, just do it," according to the police report.

Rudkin was taken into custody and transported to the Oklahoma County Jail.

Rudkin's daughter was released to her ex-husband.