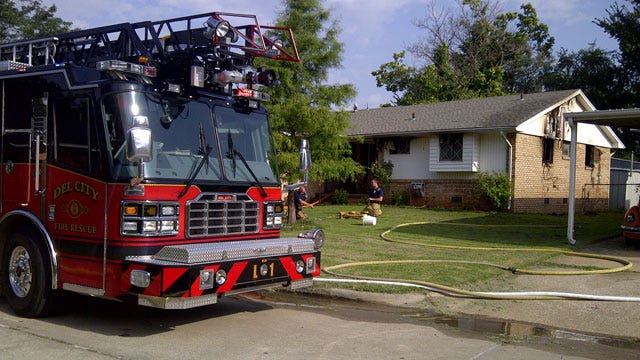 The fire started just before 8:30 a.m. in the 4700 block of S.E. 19th Street near Vickie Drive. Firefighters rushed to the scene and found heavy smoke and flames coming from the house. When fire crews entered, they found one of the bedrooms completely consumed by flames.

Firefighters were able to quickly extinguish the fire, but the house sustained heavy smoke and water damage. Crews are still calculating a damage estimate.

It's not known yet how the fire started.

No one in the family was hurt. The Red Cross is assisting them.