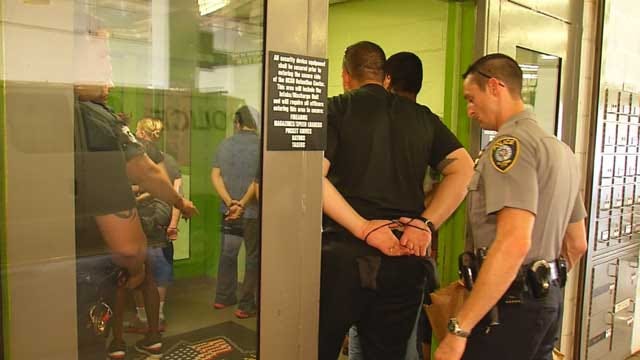 FBI agents rescue more than 100 children forced into prostitution in the United States.

Agents conducted a series of raids in 76 cities across the U.S. including Oklahoma City. The FBI said during the raids, agents rescued 105 children and arrested 150 people described as pimps.

The campaign, known as "Operation Cross Country" is the largest of its type and conducted under the FBI's "Innocence Lost" initiative.

FBI, the OCPD vice unit and Oklahoma Bureau of Narcotics worked together during the week-long sting in Oklahoma City. Police say locally 60 people were arrested. Three juveniles, one 16-year-old and two 17-year-olds, were rescued.

The assistant director of the FBI's criminal investigative division, Ron Hosko, said that child prostitution remains what he called a "persistent threat" to children across America. The FBI said the campaign has resulted in rescuing 2,700 children since 2003.