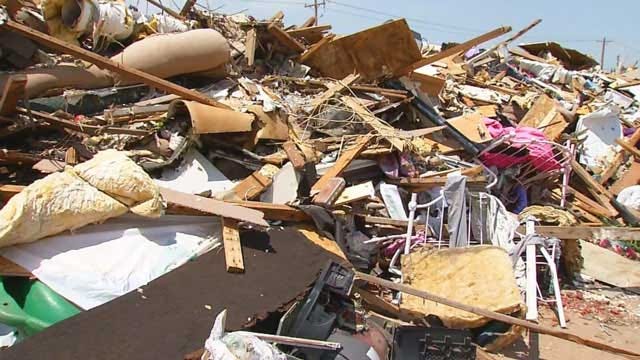 Almost as fast as the tornados blew through, the donations came in. Folks from across the country donated tens of millions of dollars for the victims of the May storms.

Now, these agencies are taking an unprecedented approach in dolling it out the rest of the money. Tara McDonald was on vacation when the May tornadoes came through, when she came home her house was gone.

As renters, Tara and her roommates didn't have homeowners insurance but FEMA helped them with moving expenses and immediate necessities. Beyond that, money to help them replace things like furniture, and clothing never materialized, despite the fact that she opened a case with several charities.

"You just feel a little bit abandoned, when you're hoping for it and it doesn't deliver,"   said Tara.

But Janienne Bella, CEO with the American Red Cross says help for those like Tara is coming, and Soon.

"We really are lightning bolts ahead of what a typical disaster would look like but for that individual who's recovering it can't be fast enough," said Bella.

In what agencies call an unprecedented move the Red Cross, Salvation Army, Catholic Charities, Society of Saint Vincent De Paul, and the United Methodist Committee on Relief will all be working together, under the same roof.

Called the Oklahoma Disaster Recovery Project, the agencies will distribute and handle 6,300 cases to determine those who need long term help, and make sure they get it.

The project will have three locations: Moore, Shawnee, and El Reno. The centers should open next week and stay open for one to two years.