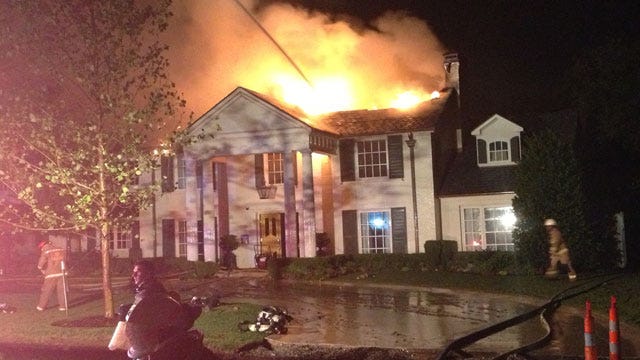 Flames heavily damaged a Nichols Hills home early Friday morning, and severe weather may be to blame for the large fire.

Just after midnight, a fire broke out at a home on Devonshire Boulevard near Northwest Grand and Penn. It took firefighters several hours to gain control of the blaze.

The house sustained heavy damage, but no one was hurt. Firefighters say lightning may have started the fire.