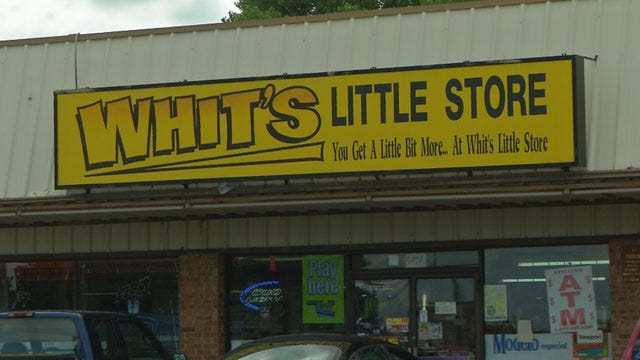 The Powerball jackpot ticket may not have been sold in Oklahoma, but a metro woman is nearly $2 million richer after buying a winning ticket on Oklahoma City's Northwest Side.

Joy McBride of Oklahoma City lucked out with five winning numbers plus the PowerPlay. McBride tells the Oklahoma Lottery Commission she is giving half of her winnings to her good friend, and some will go to their church as well.

The regulars at Whit's Little Store know it's a lotto hotspot. The store, also known as UN Food, is located at 9101 N. Council Rd. near Northwest Expressway. With more than a decade behind the counter, owner Hassan Kibria has seen his fair share of winners.

McBride and her friend, Judy Leyrer, say they will use part of their winnings on a trip to Hawaii. The duo, who did not want to be on camera, live just down the road from the store where the winning ticket was sold. Their good luck did not rub off on those visiting Whit's Friday.

"I'm sorry, I'm not the $2-million winner," joked one customer as he left the store.

Unfortunately for Hassan, Oklahoma is not a state that gives stores a reward for selling a winning ticket. But, he says that's OK because he's now seeing more people walking through his door.

"We have good service, good prices and cold beer," Kibria said with a smile.

Lottery officials are still looking for the winner of a $2 million Powerball ticket from the July 31 drawing. That ticket was sold in Ada at D&W Quick Stop, located at 930 W. Main St.