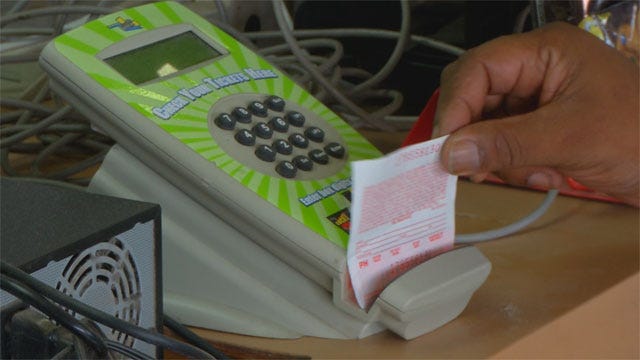 The Sooner State has become home to yet another jackpot winner after the Oklahoma Lottery announced Monday that a $2 million winning Powerball ticket was sold Saturday night in Newalla.

The winning ticket was purchased at Stella Groceries at 18001 S.E. 149th Street. The winner successfully matched all five of the white balls in the August 10 drawing, which is a $1 million prize. The person also bought the Power Play option for an extra dollar, which increased the prize to $2 million.

This is the third time in two weeks a winning $2 million Powerball ticket has been sold in Oklahoma. On Wednesday, July 31, someone bought a $2 million ticket in Ada at the D & W Quick Stop, located at 930 W. Main. No one has claimed that jackpot yet.

Joy McBride bought another winning $2 million ticket from the August 7 drawing. She purchased it at an Oklahoma City convenience store. She intends to split the prize with her good friend, Judy Leyrer.