Two Rushed To Hospital After One-Car Crash In NW OKC 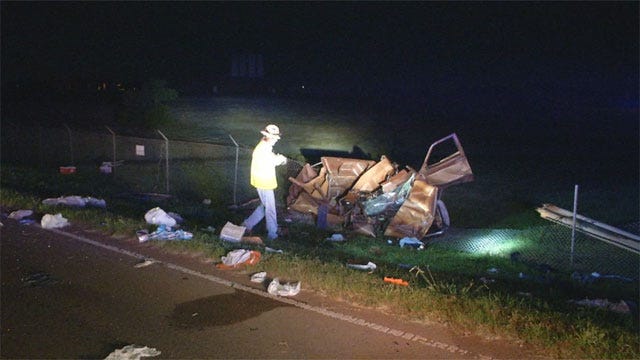 Two people were rushed to a hospital early Thursday morning after a pickup truck crashed into a power pole in northwest Oklahoma City.

Around 5 a.m., the truck veered of the road near N.W. 206th Street and Portland. The vehicle crashed through a fence and knocked down a power pole. The truck was totaled and rescue crews had to pry the two victims from the wreckage.

They were rushed to a hospital, but their conditions are unknown. Police have not released their names, or said what caused the crash.

Two Rushed To Hospital After One-Car Crash In NW OKC