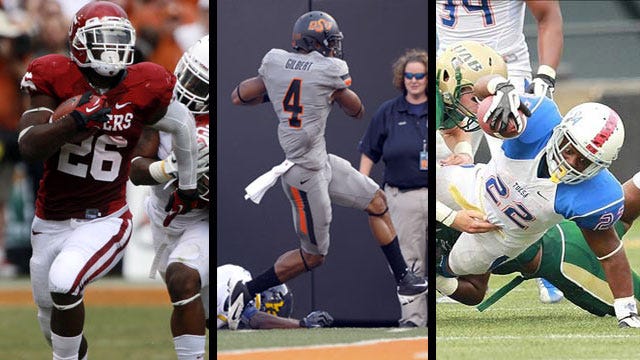 Ten players from Oklahoma universities were named to the 2014 Senior Bowl Watch List. Of the 400 players named to the watch list, 110 will be chosen to make up the North and South rosters. The Senior Bowl will be played on Jan. 25, 2014.