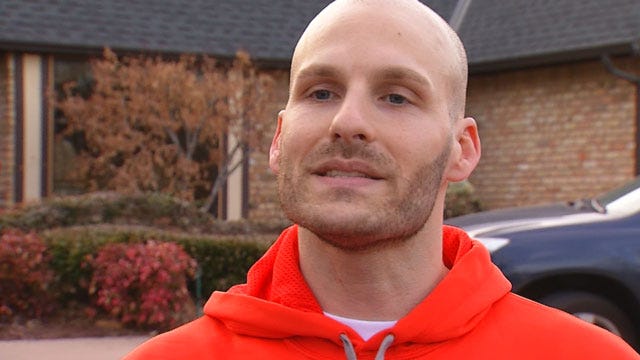 It's a bittersweet victory for an Edmond soldier who is out of prison and back home with his family.

Michael Behenna is convicted of killing an Iraqi prisoner. It's a death he says was actually self-defense.

He has spent the last five years in prison in Leavenworth, Kan.

But Friday night, his family greeted him with homemade signs, smiles and a lot of hugs. He's out on parole after serving a third of his 15-year sentence. This is a day for which they've fought.

"It's hard to describe. I mean I haven't had time to really think today. Today's just been overwhelming," said Michael.

"We waited for this day. We've prayed for this day for five years, and to see those doors of that van open and Michael walk out, it was just an unbelievable moment," said Michael's mother, Vicki Behenna.

The Behenna's say they thank those who have supported them through this ordeal. And, while Michael has been given this chance, the fight continues for the others serving similar sentences.