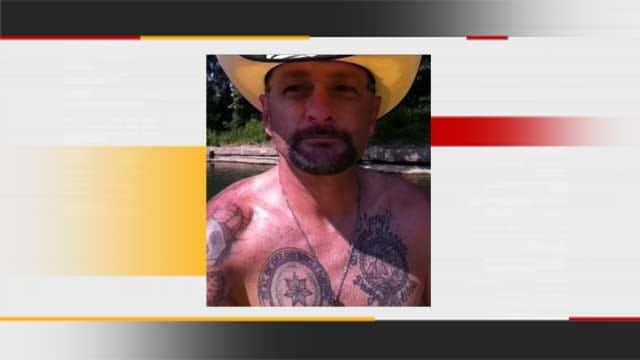 Investigators need your help catching a killer. They want to talk with anyone who may have had any contact with a man found bound and burned to death in a Logan County field January 31.

Both OSBI and the Logan County Sheriff's Office are investigating. It was the very distinctive tattoos on a burned body that helped investigators and the Medical Examiner's office make the positive ID. But it was dental records that confirmed it.

Turns out it was 38-year-old Shawn Luther Masters who was found burned to death near Langston on January 31.

Investigators told us that firefighters putting out grassfires are the ones who discovered Masters body near a burning pile of leaves. The body was found near County Road 75 and Hiwassee Road.

"At this point in time we don't know if this was where the actual crime took place or if there was another crime scene or anything like that," said Sgt. David Hynd with the Logan County Sheriff's office. "Hopefully the investigators will determine here very, very soon."

Investigators confirm both Master's hands and feet were bound together when he was dumped and set on fire. Investigators tell us at this time Master's family does not wish to make a statement.

Hynd is asking the public to help them crack this case. He says they want to hear from anyone who may have talked to or had any contact with Masters in the two weeks leading up to his death, January 15 to January 31.

Hynd says Masters was from the Blanchard area but may have had contact with people in the Logan County area as well.

"Talked to him on Facebook, text message, any type of contact whatsoever can give us an indication of where he was and who he was talking to and hopefully lead us to the individual who did this," said Hynd.

Both the OSBI and Logan County Sheriff's Office are handling this case. Please call either office with any tips you may have.