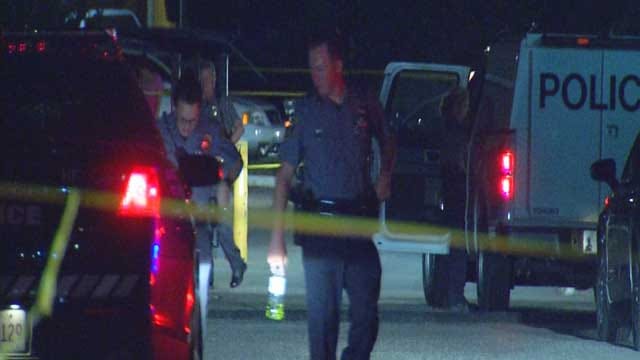 Police have identified a man who was found dead Friday night at a northwest Oklahoma City apartment complex.

Residents at the Willow Cliff Apartments, located near N.W. 50th and MacArthur Ave., called police at 10:40 p.m. after seeing a body in the roadway. Officers found a man shot to death at the entrance.  Investigators blocked the complex's only entrance and exit throughout the early-morning hours Saturday.

According to police, the victim, later identified as 22-year-old Rayvon Lee, had trauma to his body. He was pronounced dead at the scene.

A this time, police say no suspects have been named and no arrested have been made. If you have information, call the homicide tip line at (405)-297-1200.