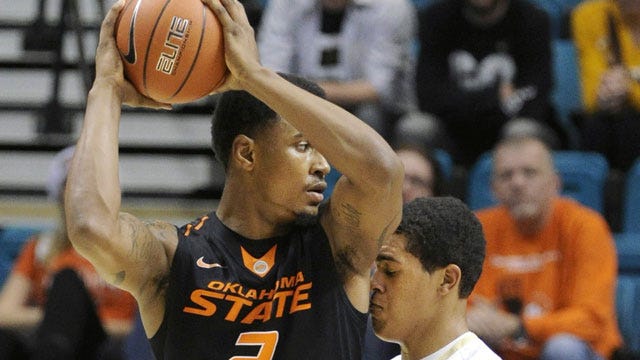 Oklahoma State's basketball team will renew an old conference rivalry this December when the Cowboys play the Missouri Tigers on Tuesday, Dec. 30, at the Sprint Center in Kansas City, Mo., it was announced today in a joint release by the two programs. Time and television has yet to be determined, although it's expected that the game will be aired on one of the ESPN family of networks.

"We are looking forward to playing Missouri at the Sprint Center in Kansas City," OSU coach Travis Ford said. "Oklahoma State has a long-standing history with the Tigers, having been conference rivals for more than half a century. We've had some thrilling games with Mizzou the past several seasons. It is also exciting to play an early season game in the same venue that hosts the Big 12 Championship. OSU has a lot of alumni and fans in the Kansas City area, and we hope this gives them an opportunity to catch the Cowboys in person. I have a great deal of respect for Coach Anderson, and think he'll continue the great tradition that they have at Missouri."

The Tigers are under the direction of first-year head coach Kim Anderson, who returned to his alma mater after winning the 2014 NCAA Division II National Championship at the University of Central Missouri. The Sedalia, Mo., native reached three Final Fours at UCM and was named the 2014 NABC National Coach of the Year. As a team, Missouri went 23-12 last season and advanced to the second round of the National Invitation Tournament.

"What a special game for the fans and former players of both universities," Anderson said. "I remember playing Oklahoma State in Kansas City twice while I was in school and those were two great games. Our two universities share great history with one another and conference affiliation isn't going to change that fact. Obviously KC is very special to us and plays a major part in who we are as a university and as a basketball program. We have tremendous fans in the city and they know how committed we are to bringing Mizzou Basketball to the Sprint Center as often as possible."

The Tigers return two starters in 2014-15, Johnathan Williams and Ryan Rosburg, and will welcome in a host of newcomers making their first trip to Sprint Center. Williams was one of the country's top freshmen rebounders, averaging 5.8 points and 6.5 rebounds, while Rosburg made 32 starts and averaged 4.8 points and 4.1 rebounds. Sophomore point guard Wes Clark is also back after averaging 4.1 points and ranking second on the team with 70 assists.

The last time these two teams played was in the quarterfinals of the Phillips 66 Big 12 Championship on March 8, 2012. The seventh-ranked Tigers defeated the Cowboys 88-70. Just six weeks earlier, OSU had pulled a dramatic upset as the Pokes defeated the No. 2 Tigers 79-72 inside Gallagher-Iba Arena.