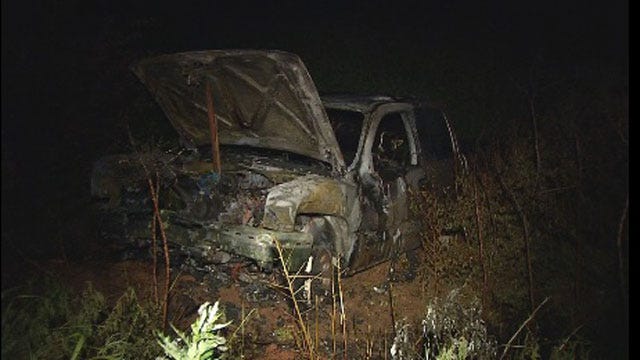 According to police, another driver passing by first spotted the truck burning in a creek near S.W. 34th Street and S. Eastern Avenue.

The first Moore police officer to arrive on the scene jumped into the creek and pulled the man from the burning truck.

The driver had minor injuries and was taken to a hospital to be checked out, according to officers on the scene.

Moore police say after the driver was examined at the hospital, he was placed under arrest on suspicion of DUI charges.

Police have not identified the driver at this time.