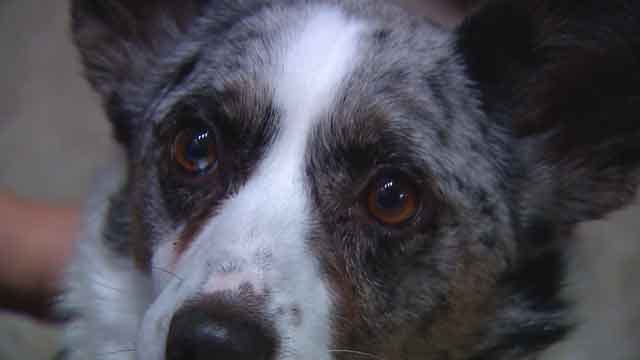 There's never a dull moment in the Davey's home in Edmond. 18-month-old Kate is the center of attention and the family dogs, Hope and Riesling are usually not far behind. Parents Jason and Heather said Kate and the dogs regularly play together.

"Kate loves to go after Hope. Running up to her, petting her. Trying to give her hugs," said Heather, Kate’s mom.

While it's obvious the dogs are crazy about Kate. Jason and Heather always have an eye on them, just in case.

"Sometimes she'll (Kate) get a little aggressive with her pat. Hope will let her know," said Jason. “Hope has gotten pretty smart to understand sometimes I just need to get away from the situation."

According to the Centers for Disease Control and Prevention, around 885,000 Americans are in need of medical attention each year for dog bites. More than half are children under 9.

Pet trainers tell News 9 the vast majority of dog bites happen when a parent is within a few feet of the child. So the problem is not a lack of supervision. Parents don't always know what they should be watching.

Maddy Schell has been training dogs for 15 years. She said any breed can bite, even if they've never lashed out before. She gave News 9 several signs a dog could be tense or upset. She said it all starts with body language.

The eyes: "If a child is staring directly into their eyes, it can exhibit or seem that the child is challenging them to a fight," she said. "So we want to watch for a dog who is giving direct, very intense stare at a child."

Amy change in demeanor: "If the dog is yawning heavily around the child, this is a sign of stress," she said.

For the Daveys, their two and four legged children seem to be getting along just fine.

Heather said, "I think if you're just relaxed and laid back and just kind of let things play themselves out, it usually works out."