Man Arrested For DUI After Crash At OKC Drive-In Theater 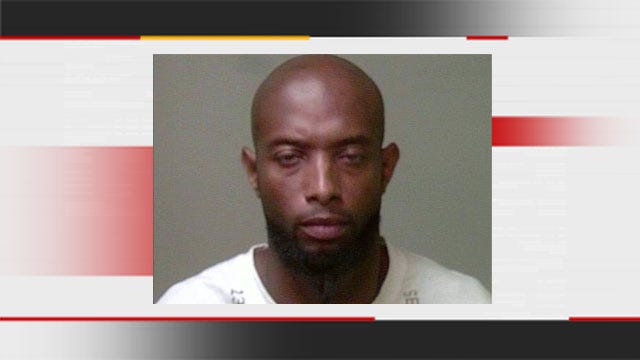 A man suspected of driving under the influence of alcohol was arrested after police said he crashed into multiple vehicles at a drive-in theater in Oklahoma City, injuring one person early Sunday morning.

According to police, officers responded to the incident at about 1:15 a.m. at a drive-in movie theater, located at 6930 S. Western Avenue.

When officers arrived, they saw multiple people holding down the suspect, 33-year-old Curtis Lorenzo Russell, because Russell was trying to leave the scene, according to police.

A witness told police that as people were leaving, Russell crashed his car into multiple vehicles throughout the lot of the movie theater, and finally stopped because he rear-ended a vehicle. One driver whose vehicle was hit by Russell was transported to the hospital for a neck injury.

As officers were investigating the incident, Russell reportedly said to his girlfriend “if I hit my gas, I should stop, right?” Police said he also asked the girlfriend to throw the bottle of alcohol over the fence so that police would not find it.

Russell reportedly told the officers that his brake was not working. Officers said they could smell an odor of alcohol on Russell’s breath, and Russell was unsteady on his feet and had a slurred speech. He also failed a field sobriety test and was taken into custody.

According to police, Russell had a warrant out of Canadian County for failure to pay -- leaving the scene of an accident.

Russell was booked into the Oklahoma County Jail on charges of driving under the influence of alcohol with injury accident.

Man Arrested For DUI After Crash At OKC Drive-In Theater