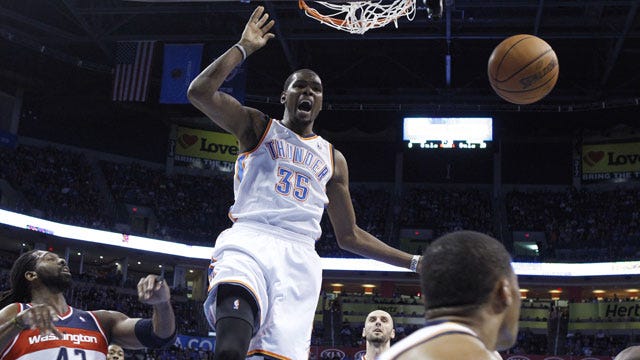 The NBA fined the Toronto Raptors $25,000 for tampering after music superstar/fanboy Drake invited Kevin Durant onstage during a recent concert and tried to endorse Toronto as a possible landing spot for the 2016 free agent.

The problem is, it's two years too early for recruiting pitches from the Raptor's global ambassador.

"Before we leave, I just want to show one of my brothers something," Drake said as Durant was brought before the Toronto crowd.

"You know, my brother Kevin Durant was kind enough to come to the show tonight and watch us. I just want him to see what would happen if he came to play in Toronto. Let him know what would happen."

Several teams are already preparing to make a run at the coveted free agent in 2016, most notably Durant's hometown Washington Wizards.