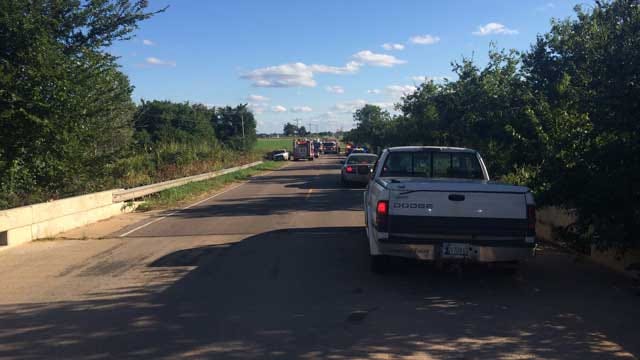 Dive teams have recovered the body of a boy who drowned in the Canadian River on the northeast side of the Oklahoma City metro, Sunday evening.

First responders from Oklahoma City, Logan County and Jones were called to the scene, near 12400 N. Hiwassee, just after 5 p.m.

Scanner traffic indicates a boy was swimming in the North Canadian River when he went under and did not resurface. Investigators have not said if the boy was swimming with anyone else at the time of the incident.

According to Oklahoma City Fire Chief Mark Woodard, the victim has been identified as a 14-year-old white male. Dive crews entered the water at 6:03 p.m. and recovered the boy's body at 6:17 p.m. Investigators have not identified the victim at this time.