Travelers Concerned After First Case Of Ebola Diagnosed In The U.S. 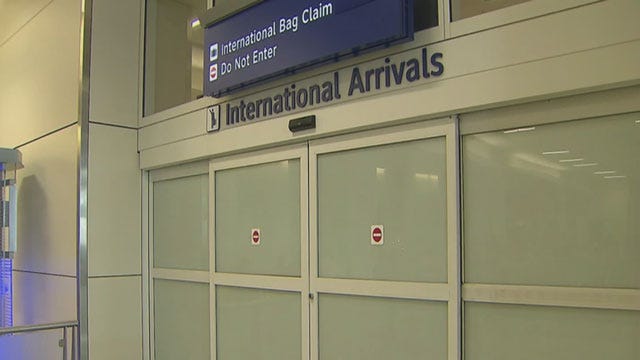 The Centers for Disease Control and Prevention confirmed that a patient in the U.S. has been diagnosed with the Ebola virus.

The director of the CDC said although that unnamed patient flew from Liberia to Dallas, he didn't experience any symptoms during his travel.

However, many are wondering if it's safe to travel.

At every airport in the country including Will Rogers World Airport, it is business as usual. Health officials said Ebola does not spread before someone has symptoms, and the patient didn't show symptoms until September 24. That's four days after he got off the airplane.

The CDC director did not release details about the patient's flight itinerary or flight numbers. Infectious disease experts believe even those who were on that flight with him are not at risk, because Ebola doesn't spread through the air. It is spread by coming into direct contact with bodily fluids of the person infected.

But you can imagine even with health officials trying to calm the nerves of the general public, some travelers are still worried.

"It is a little scary now. It is in Dallas. What are you going to do? It makes you kind of wonder about traveling on a plane right now," Tom Chafee said.

We know many flights in Oklahoma City often connect through Dallas. And many Oklahomans will be heading to that area in the next few weeks for OU vs. TCU, and also to the Cotton Bowl the weekend after that.

But keep in mind, Texas Health Presbyterian Hospital, where that patient is being treated and in isolation, is more than 10 miles from the stadium.

Travelers Concerned After First Case Of Ebola Diagnosed In The U.S.