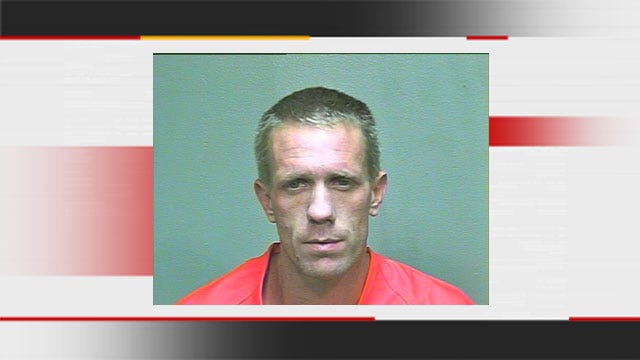 An Oklahoma City man was arrested after police said he attacked another man with a weedeater Wednesday afternoon.

According to police, at about 12:45 p.m., officers responded to the report of an assault in the 3500 block of N. Virginia.

A man told police that he was on the front porch of a home when the suspect, 37-year-old Christopher Max Bielstein, started arguing with him and accused him of stealing a bag.

The victim said Bielstein picked up a weedeater and broke the shaft off of the motor. He then struck the victim with the shaft in his right arm and head.

The victim was treated at the scene by paramedics.

Bielstein was arrested and booked into the Oklahoma County Jail on one count of assault and battery with a dangerous weapon.