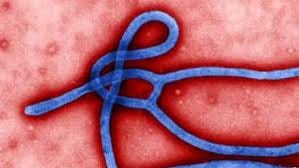 A health care worker at Texas Health Presbyterian Hospital who provided care for the Ebola patient who was hospitalized and later died there has tested positive for the disease in a preliminary test at the state public health laboratory in Austin. Confirmatory testing will be conducted by the Centers for Disease Control and Prevention in Atlanta, according to state officials.

The worker has been listed in stable condition.

Dr. David Varga, of the Texas Health Resource, said during a news conference early Sunday that the worker wore a gown, gloves, mask and shield while they provided care to the now-deceased Ebola patient Thomas Eric Duncan during his second visit to Texas Health Presbyterian Hospital. Varga did not identify the worker and says the family of the worker has "requested total privacy."

At a later press conference, Varga said the worker had extensive contact with Duncan during his treatment.

If the preliminary diagnosis is confirmed, it would be the first known case of the disease being contracted or transmitted in the U.S.

Varga said the health care worker reported a fever Friday night as part of a self-monitoring regimen required by the CDC.

The health care worker was then isolated within 90 minutes in the hospital's ICU and referred for testing. The preliminary test result was received late Saturday.

CDC Director Thomas Frieden told CBS' "Face The Nation" in an interview airing Sunday morning that the case is troubling "because clearly there was a breach in protocol."

"We have the ability to prevent the spread of Ebola by caring safely for patients," Frieden said.

Frieden said that despite the safety protocols, "even a single breach can result in contamination."

Officials will be looking at the protective gear used in caring for Duncan, as well as how the gear was used by workers, Frieden said.

Another possibility for spreading the disease was the "the interventions that were done to try desperately to keep the index patient alive, (including) dialysis and intubation. These are two procedures which can result in the spread of infectious material," Frieden said.

Officials are still investigating how exactly the health care worker might have contracted the disease.

A second person who was in contact with the worker has been isolated and has begun the self-monitoring, although officials did not say what relation that person had to the worker who tested positive. Officials also said the health care worker had a pet that will be monitored, although they did not specify what species.

Texas officials said hazmat teams have cleaned the apartment and the surrounding complex in which the health care worker lived and police have informed neighbors of the situation.

"We knew a second case could be a reality, and we've been preparing for this possibility," said Dr. David Lakey, commissioner of the Texas Department of State Health Services. "We are broadening our team in Dallas and working with extreme diligence to prevent further spread."

Health officials have interviewed the patient and are identifying any contacts or potential exposures. People who had contact with the health care worker after symptoms emerged will be monitored based on the nature of their interactions and the potential they were exposed to the virus.

Duncan, 42, died at Texas Health Presbyterian Hospital Dallas, where he was admitted Sept. 28 and kept in isolation, according to spokesman Wendell Watson. Wendell said the death left officials with "profound sadness and heartfelt disappointment."

Duncan carried the deadly virus with him from his home in Liberia, though he showed no signs when he left for the United States. He is believed to have contracted the disease while helping a pregnant woman sick with it. The woman later died.

Duncan arrived in Dallas in late September, realizing a long-held ambition to join relatives. He came to attend the high-school graduation of his son, who was born in a refugee camp in Ivory Coast and was brought to the U.S. as a toddler when the boy's mother successfully applied for resettlement.

The trip was the culmination of decades of effort, friends and family members said. But when Duncan arrived in Dallas, though he showed no symptoms, he had already been exposed to Ebola. His neighbors in Liberia believe Duncan become infected when he helped a pregnant neighbor who later died from it. It was unclear if he knew about her diagnosis before traveling.

Duncan had arrived at a friend's Dallas apartment on Sept. 20 - less than a week after helping his sick neighbor. He fell ill a few days later. The CDC and the Texas Health Department are working on a protocol to handle Duncan's body, since his remains are still infectious.

Others in Dallas still are being monitored as health officials try to contain the virus that has ravaged West Africa, with more than 3,400 people reported dead. They also trying to tamp down anxiety among residents frightened of contracting Ebola, though the disease can be spread only through direct contact with the bodily fluids of an already sick person.

Health officials have identified 10 people, including seven health workers, who had direct contact with Duncan while he was contagious. Another 38 people also may have come into contact with him.

The four people living in the northeast Dallas apartment where Duncan stayed have been isolated in a private residence.

The family being isolated has been identified as Louise Troh, her son and two nephews. According to CBS Dallas, Troh is Duncan's girlfriend, whom he had reportedly come to the United States to marry.

Everyone who potentially had contact with Duncan has been under a 21-day monitoring period, the normal incubation period for the disease.

Ebola is spread through direct contact with bodily fluids of a sick person or exposure to contaminated objects such as needles. People are not contagious before symptoms such as fever develop.