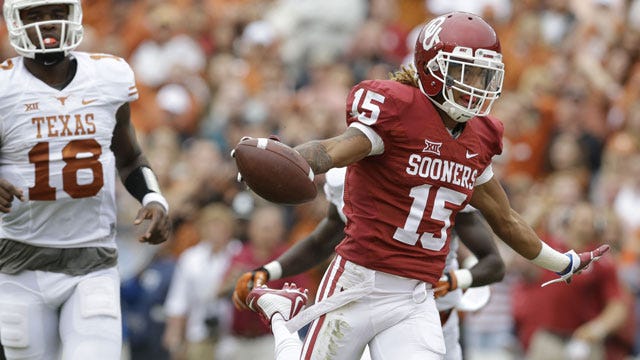 Oklahoma's Zack Sanchez and Oklahoma State's Tyreek Hill were named Big 12 Defensive and Special Teams Player of the Week respectively. It was the first recognition for both players.

After being avoided all day with pooch kicks, Hill got a chance in a tied game and returned it 99 yards with 6:43 to play lifting No. 16 Oklahoma State to a 27-20 win. He made program history in the process by becoming the first Cowboy to return a kickoff for a touchdown in back-to-back games (Hill needed just 11 seconds to cover the length of the field against Iowa State last week) and is the only player in the country to accomplish the feat this season.