Blackwell Teacher Volunteers To Self-Quarantine After Trip To Africa 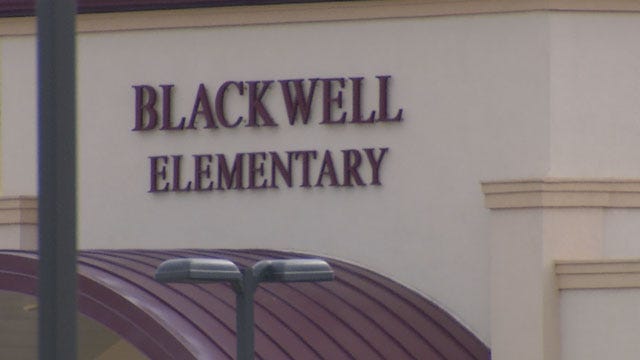 The Blackwell School superintendent said a teacher will self-quarantine after returning from a mission trip to Africa. The Blackwell Elementary teacher volunteered to stay away from school for 21 days after a group of parents started a petition saying they are concerned about her exposure to Ebola.

“If they weren't going to do anything we were just going to pull them out for 21 days,” said Shawn Wilson, who has three kids who go to the school.

“This just concerns me, they would want to take the risk of allowing the teacher to go over there and then come back and come in not knowing if she is infected for not and put other kids at risk,” added Reba Newton.

Both parents signed the petition that by Monday afternoon had 250 signatures. The petition said parents are not only concerned about the teacher visiting Africa but “taking flights where possible Ebola infected passengers may be present”.

Officials said the teacher is traveling to Rwanda, several thousand miles away from the Ebola infected areas. Health officials said her risk of contracting the virus is no greater than any of us here in the United States.

“At this time there is no reason to have heightened awareness or be concerned about anyone traveling anywhere in the African continent besides those three countries that were listed,” said Cynthia Harry, Oklahoma City-County Health Department Epidemiologist.

Still, Blackwell School Superintendent Rick Riggs said the teacher, after learning of the concerns from parents, offered to stay away from school.

“I told her we would put her on administrative leave at that time even though we don't think there's any possible danger she's going to contract it where she's going or anything like that.,” said Riggs. “Just solve the parent's fears.”

Superintendent Riggs drafted a letter to parents and students explaining the situation and his decision.

Blackwell Teacher Volunteers To Self-Quarantine After Trip To Africa