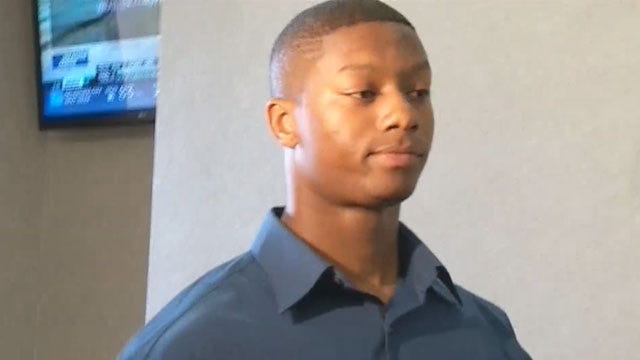 A suspended OU football player is offered a plea deal for his role in a fight at a campus restaurant.

In August, Mixon was charged with one misdemeanor count of an act resulting in gross injury for that fight – a fight that was captured on video by surveillance cameras.

News 9 called and went by the Norman Police Department asking for that surveillance tape from Pickleman's Gourmet Café, so it could be release it to the public for viewing. But according to Norman Police Capt. Tom Easley, the original copy was taken out of their police property room and returned to the restaurant.

The management team at Pickleman's told News 9 that they are they not releasing their copy and they plan to destroy it. All this comes after three months of legal wrangling by all parties involved in the misdemeanor arrest of Mixon, and the legal proceedings that followed.

At first a judge sealed the tape. Then reporters were allowed to view it, but not show it. So far, attorney's for Molitor are not commenting about the tape, or about Thursday morning's court proceedings.

Mixon entered an Alford Plea on Thursday, where he accepted probation in lieu of a possible trial and jail time, but maintained his innocence.

Box was at the hearing and says the agreement holds Mixon responsible and accountable for an entire year. Under terms of the probation, Mixon must remain lawful for a year, must perform a hundred hours of community service and must undergo counseling as well.

Mixon's attorney's released a statement, saying in part that Mixon felt "accepting the short period of probation was the best course of action at this point in his life....and that he does not want to be a further distraction to his family, friends, teammates, and the University of Oklahoma.”

It goes on to say that Mixon would like to apologize to everyone affected by this unfortunate chain of events.

News 9 has learned there are still other copies of the surveillance video out there with the City of Norman and other entities. In fact, the District Attorney's office has handed over their copy to Molitor's attorney, who may or may not use it if they decide to file a civil suit.