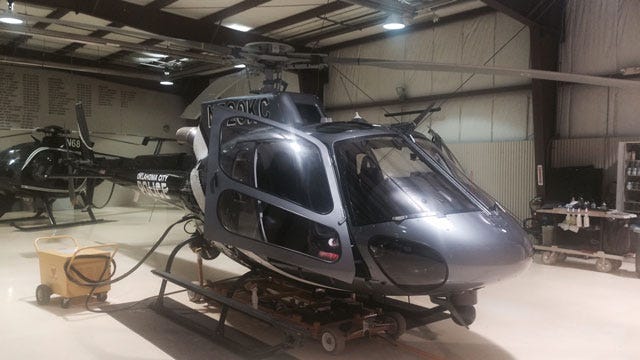 Thursday will be the first day for the new helicopters to go out on patrol across the skies of Oklahoma City, according to police.

The two new helicopters are Airbus AS350B3e's with increased flight time, greater fuel capacity, a larger passenger capacity and double the horse power than the previous MD500E models. Additionally, police said the new helicopters are much safer and less physically taxing on police pilots to fly.

According to the police department, new features on the AS350B3e will ultimately increase the helicopters' usefulness in search and rescue missions, night vision abilities and tactical mission capabilities.