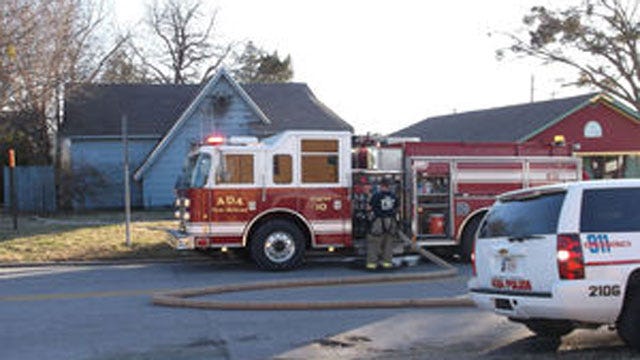 A body was found inside a home that caught fire in Ada, Oklahoma, Wednesday afternoon.

According to The Ada News, firefighters responded to the report of a fire at about 4 p.m. Wednesday at a home in the 700 block of E. 16th.

Crews were able to put out the fire. When they searched the house, they found a body believed to be the resident at the home.

Firefighters also found the body of a dog.

The identity of the victim has not been released. The cause of the fire is under investigation.

According to The Ada News, this is the third fatal fire officials are investigating in Ada in just ten days.