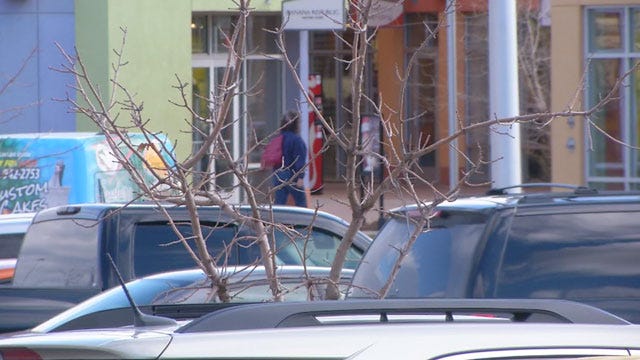 Thieves may consider December "the most wonderful time of the year" since our cars are filled with goodies after holiday shopping.

One couple said they are puzzled about why the Outlet Shoppes' security told them not to call police following a break-in.

Saturday's shopping trip to the outlet mall is a yearly holiday tradition for the couple.

But, this year's trip was ruined after a Grinch-like thief made off with several thousand dollars worth of Christmas presents.

The Outlet Shoppes was one of their last stops on Saturday before making the trek home to Woodward.

Within minutes of locking the car and walking off, someone decided to make their move.

“We came out and we looked at our truck and the back window on our pick up was broken out,” said Trisha Herring.

All of the day's shopping was gone in addition to two iPhones and an iPad, about $3,600 worth of gifts.

“He said that he already took a report and got everything he needed. And I asked him can we call the police? And he said, 'Well it's not going to do you any good ‘cause they're not going to come out for this,'” said Herring.

“Regardless of what the issue is we always want people to contact us, to call 911. If you find yourself the victim of a crime that's what we're here for,” said Sergeant Jennifer Wardlow with the Oklahoma City Police Department.

The Herrings left Oklahoma City empty-handed and without ever talking to police by the recommendation of the security officer.

On Sunday, she called security again and another officer told her the police wouldn't be able to help.

“I asked him one more time is this normal for you guys not to call the police and he said, 'Yes they won't even bother coming out,'” she said.

Police wanted to remind you this holiday season, if you don't have time to take your holiday shopping home make sure you lock it up somewhere out of sight, like in the trunk.