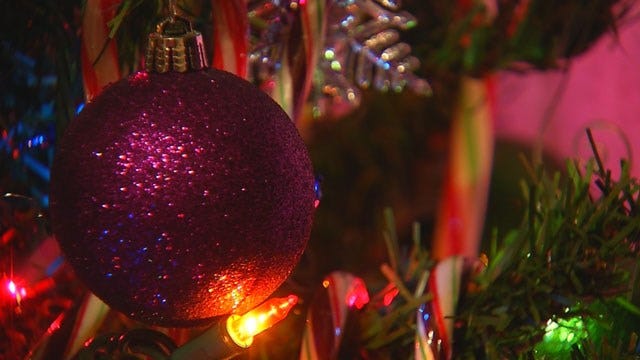 A family in Moore said they are on a Christmas mission to bring joy to victims of the May 2013 tornadoes. They called their project 'Moore Secret Sandy Claus,' an off-shoot of relief efforts for Hurricane Sandy victims.

But organizers said it's been more difficult collecting toys for storm victims this year because many assume the families are all taken care of by now.

"I'm hoping that we'll get enough toys that way we can still help those," said Sonja Hughey, coordinator for the Moore Secret Sandy Claus Project.

"This year, I don't know where it's going to end up at. I just have faith that the Christmas magic is going to come through."

It has come through for hundreds of children helped by the New York-based Secret Sandy Claus Project founded by Michael 'Sandy Claus' Sciaraffo, who visited children in the once storm-ravaged areas affected by Hurricane Sandy.

In the same spirit, it's Hughey's second year getting gifts for Oklahoma children affected by the 2013 tornadoes.

"A lot of people think that we're about two years out and that people should be back on their feet," Hughey said.

“I know a lot of people who lost so much and maybe they've gotten monetary items, but emotionally, they're still struggling and thought they'd be much further along than where they are.”

The Moore Sandy Claus Project helped 59 families last year, but this year they only have enough toys for 25. On top of that struggle, Sonja said her daughter needs brain surgery, and both she and her brother dress up and play major roles in delivering the presents.

"I'm going to be Rudolph this year, I'm going to have a blinking nose, a collar with bells, and antlers," said Jazzmine Hughey.

Jazzmine turns 19 on Dec. 16, and despite her health issues, she said the Sandy Claus show will go on.

"God's way of saying hey, this could be worse, you're supposed to be helping other people," Jazzmine said.

The Moore Secret Sandy Claus Project is in dire need of toys for teenagers.

Anyone with donations can drop off a new, unwrapped toy at one of the following locations in Moore: