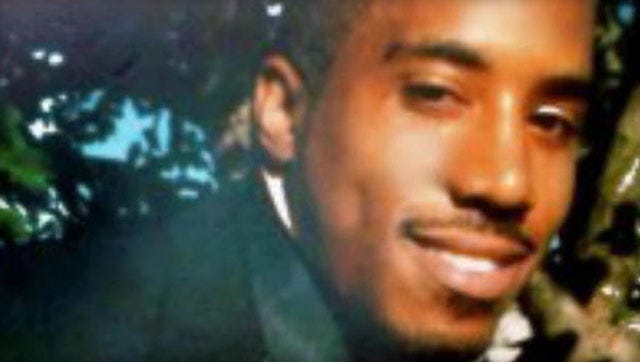 A Milwaukee police officer who was fired after he fatally shot a mentally ill man in a downtown park in April won't face criminal charges, the county's top prosecutor said Monday.

"This was a tragic incident for the Hamilton family and for the community," Chisholm said in a statement. "But, based on all the evidence and analysis presented in this report, I come to the conclusion that Officer Manney's use of force in this incident was justified self-defense and that defense cannot be reasonably overcome to establish a basis to charge Officer Manney with a crime."

Manney is at least the third white police officer to not be charged in the past month after a confrontation that led to a black man's death.

Manney shot 31-year-old Hamilton on April 30 after responding to a call for a welfare check on a man sleeping in the park. Manney said Hamilton resisted when he tried to frisk him. The two exchanged punches before Hamilton got a hold of Manney's baton and hit him on the neck with it, the former officer has said. Manney then opened fire, hitting Hamilton 14 times.

CBS affiliate WDJT reported earlier this month that Hamilton's family released a copy of the Milwaukee County autopsy report, which details all the gunshot wounds found on Hamilton's body after the incident.

Hamilton's family said he suffered from schizophrenia and had recently stopped taking his medication.

Police Chief Edward Flynn fired Manney in October, saying Manney instigated the fight with an inappropriate pat-down. The chief said Manney correctly identified Hamilton as mentally ill but ignored his training and department policy, and treated him as a criminal.

"You don't go hands-on and start frisking somebody only because they appear to be mentally ill," Flynn said when he announced Manney had been dismissed.

Hamilton's death preceded those of Michael Brown in Ferguson, Missouri, and Eric Garner in New York City, but the case hasn't attracted as much attention despite frequent, mostly peaceful protests. Hamilton's family has used the protests to try to raise awareness about mental illness. Others said his death underlined race concerns, chanting "people of color are people, too," and carrying signs that read "black lives matter."

The Milwaukee Police Association condemned Manney's firing as a political move, and members voted no confidence in Flynn soon after the firing.

Manney has appealed his firing and applied for disability, saying the shootings in Milwaukee and Ferguson have cost him sleep and made it difficult for him to think clearly. He also has said he suffers from post-traumatic stress disorder.

Raymond Dall'Osto, a former Milwaukee public defender and former legal director of the ACLU's Wisconsin chapter, said before Chisholm's announcement that it was a difficult case. He said some people are employed in professions that run a greater risk of personal injury or death, "but that doesn't give you a greater right to take someone else's life."

Milwaukee police announced in December they would accelerate training that equips officers for dealing with crises, including encounters with the mentally ill. Only about 20 percent of the force's roughly 1,800 officers have had the training.