Is Dion Waiters The Missing Piece Of The Thunder's Championship Puzzle? 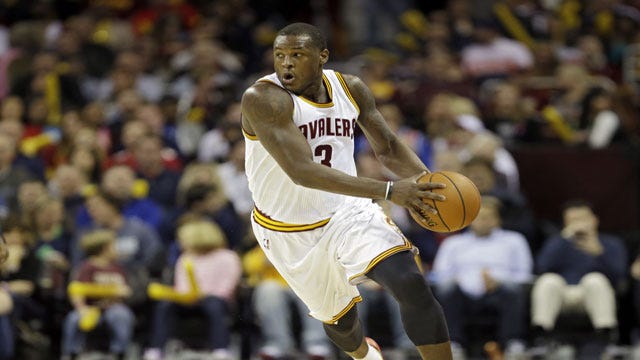 Give Thunder General Manager Sam Presti a lot of credit, because he just pulled off a miracle.

Oklahoma City acquired potential star Dion Waiters on Monday night in a three-way trade that involved the Cavs and Knicks. And all Presti gave up is a protected first-round pick and Lance Thomas.

Someone give that man a raise.

Seriously, Oklahoma City may have just taken an enormous step forward. Waiters is one of the top bench scorers in the NBA, and he's only 23 years old. In addition to his scoring, Waiters is a good ball handler who has the talent to draw defenders and get teammates involved. His jumper isn't great by shooting-guard standards, but that's about the extent of his weaknesses.

The former No. 4 overall pick in the 2012 Draft averaged 15.9 points for Cleveland last season and 10.5 so far this year, but it's not his production that got him dealt.

Waiters reportedly failed to gel with teammates in Cleveland, especially point guard Kyrie Irving. It was also reported that he wasn't in love with his bench role and/or lack of touches. It's impossible to know the validity of each claim, but the reports were abundant.

If it's shots that Waiters wants, he won't find them here. With Russell Westbrook, Kevin Durant, Serge Ibaka and Reggie Jackson already in tow, Waiters will have to pick and choose his spots.

But here he is, happy or not. In fact, he'll be here for a while. Waiters is under contract for a little more than $4 million this season and for about $5.1 million next year. The extra year of control makes this deal even sweeter for OKC.

What Waiters will find here is success; something he is unfamiliar with to this point in his young NBA career. Oklahoma City is currently on the outside of the playoffs looking in, but only due to an unforeseen avalanche of early-season injuries. It's unlikely that the Thunder can climb too far up the Western-Conference ladder, but grabbing that No. 8 spot seems very realistic. And once they're in, no one will want to play ‘em.

If Waiters embraces this change of scenery, he has a chance to help turn this Thunder team into champions.

Is Dion Waiters The Missing Piece Of The Thunder's Championship Puzzle?