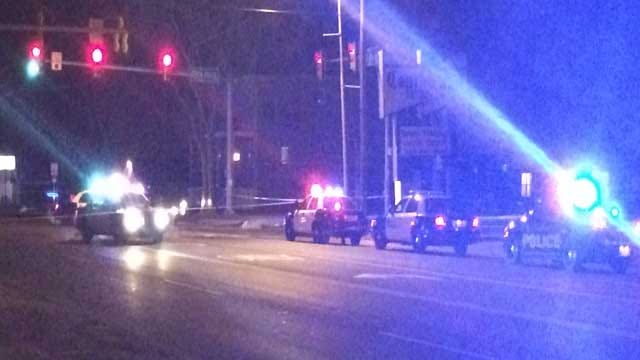 Police are investigating a homicide after one person was shot and killed Thursday night in southwest Oklahoma City.

Officers responded to a call around 7:45 p.m of shots fired at SW 25th and S. May. The caller said a silver sports car was shooting at another vehicle.

When emergency crews arrived, they located the victim's vehicle which was partially off the roadway. The victim, later identified as 16-year-old Kevin Gramajo, had trauma to his body, and was transported to a local hospital in critical condition. A short time later, he was pronounced dead.

Officers closed off the area of north and southbound May to continue an investigation.

No suspect descriptions are available at this time.