OKC Police Officers To Be Outfitted With Body Cameras 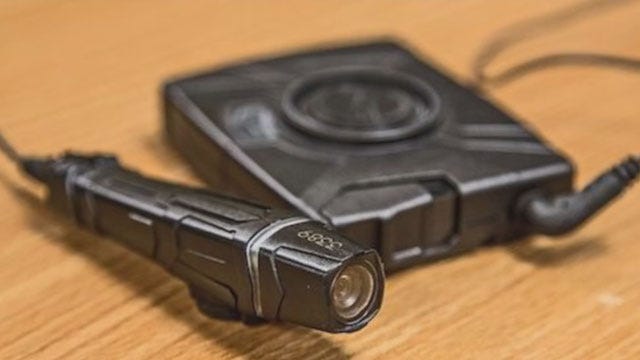 Several smaller cities in Oklahoma have started using police body cameras. And Oklahoma City Police expects to soon be outfitting the cameras on some of their officers.

It's part of the pilot program being started by OKC Police Chief Bill Citty.

Citty says as many as 100 officers could be wearing the cameras by this summer. OKC police are now shopping for a vendor with $405,000 to spend after getting the OK from OKC City Council.

If the pilot program is a success, as many as 700 cameras could eventually be purchased.

“We all knew body cameras were coming,” said Citty, who thinks incidents like the one in Ferguson have sped up the timetable for police body cameras all over the country.

“Most of the officers I talk to look forward to having them,” added Citty.

Officers will be able to click the cameras “on” during traffic stops and everyday encounters on the street. The video will be saved on to a server.

The Chief expects so much video from the pilot program that two civilian employees will be brought in just to manage the clips.

OKC Police Officers To Be Outfitted With Body Cameras